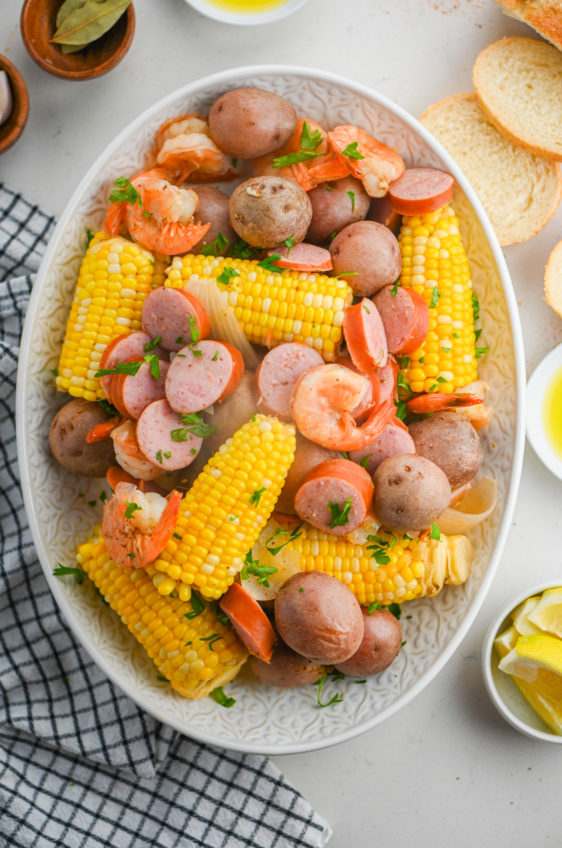 Also known as a Low-Country Boil, this Shrimp Boil is one of our favorites! It comes together quickly, you can adjust it to add in anything that you like (and leave out what you don’t) And, at least the shrimp and corn, you get to eat with your hands. Which means that it is a winner with the kiddos. 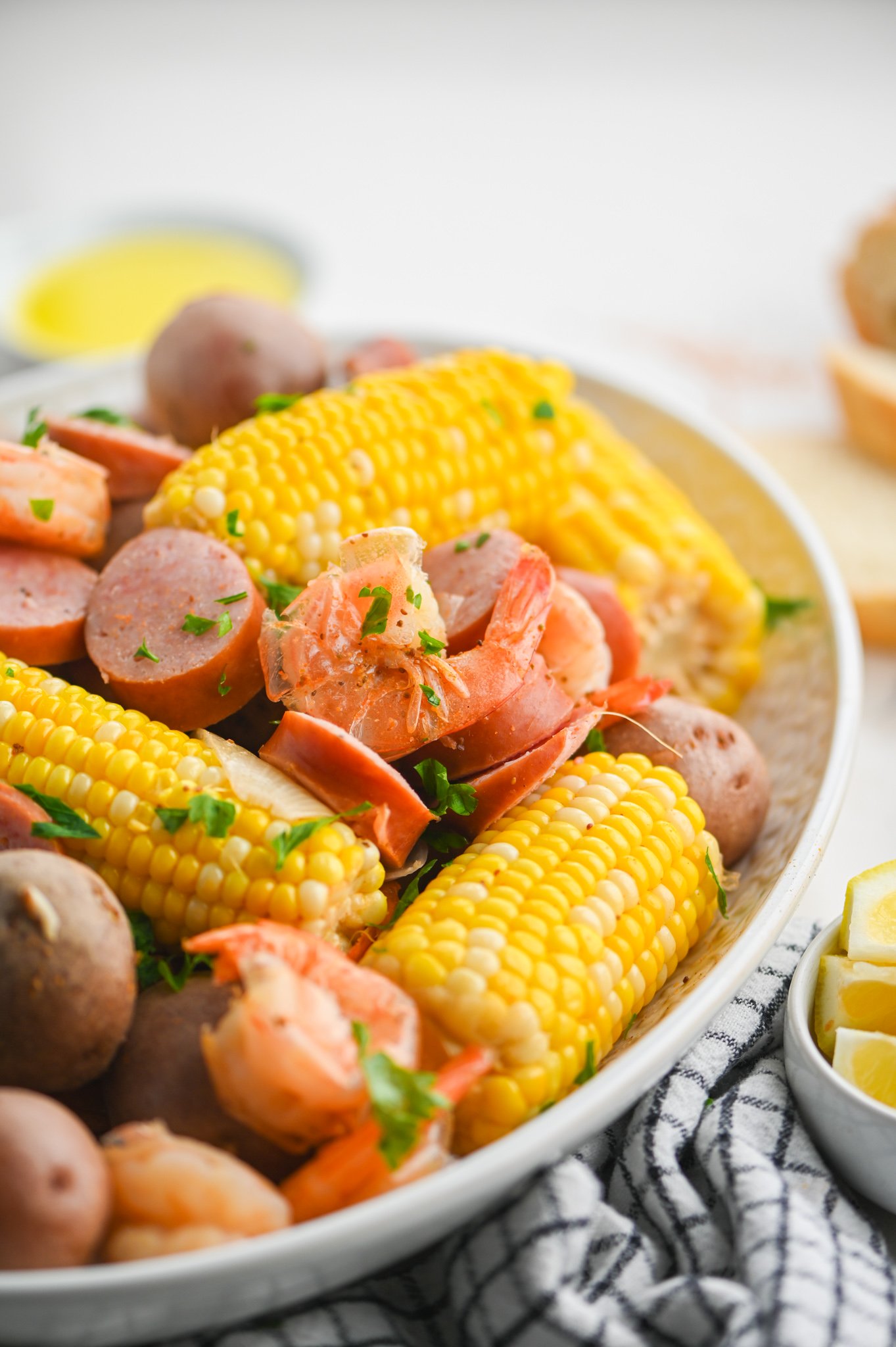 This is one of those dishes that my mama used to make when I was growing up and we always looked forward to it. It would be one of our “special event” meals. It’s great for holidays too!

What ingredients do you need for a shrimp boil?

How do you make a Low Country Boil?

One of the great things about a low country boil is that it is all done in one large stock pot. The order that you cook the ingredients in is the trickiest part. You want to add the ingredients that take the longest to the boil first. The potatoes, onion and corn will take longer than the shrimp.

Shrimp only takes 2 – 3 minutes before it is cooked. If you go much over that then it will be tough and over done. The sausage is already cooked so I like to add it with the shrimp just so that it has a chance to warm up.

Once everything has cooked, use a slotted spoon to remove everything from the boil and transfer it to a platter.

I like to save some of the broth to dunk some bread in!

What do you serve with a Shrimp Boil?

That is the great thing about a shrimp boil, its all in the boil! The protein, the carbs, the veggies, it’s all there! I do also like to serve a green salad on the side and some crusty french bread.

And don’t forget the cocktail sauce and melted butter!

Some of my other favorite Shrimp Recipes:

Looking for a salad to serve along side? Check out these Salad Recipes and Dressings:

Note: This post was originally published in 2019. It was updated with new photos and step by step photos in 2022. 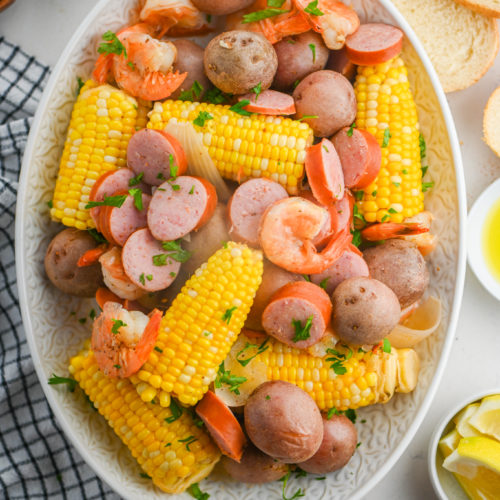 You can also add crab legs or steamer clams to this! Add them about the same time that you add the shrimp.  If you use the small baby red potatoes you could leave them whole or cut them in half.  Nutrition information for estimation purposes only.